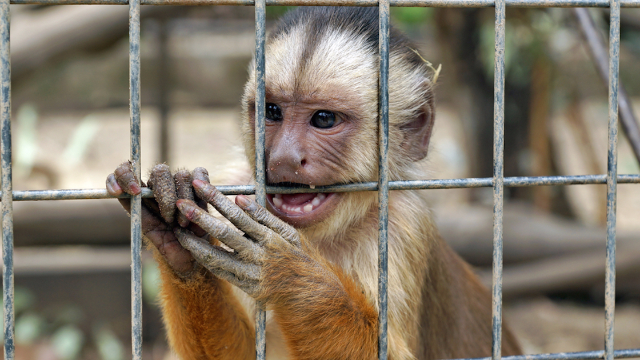 Watch these monkeys accidentally 'kill' and then mourn a dead robot monkey. It's super sad.

So there's this BBC show called Spy in the Wild, and it's 100 percent Monkey Westworld. If you watch Westworld, that's it. You get it. It's the monkey version of Westworld. Just skip down to the clip.

For those of you who need more context, here: Spy in the Wild follows a fake monkey with camera eyes as it infiltrates a crew of Langur monkeys.

In the following, insane excerpt, a really careless monkey drops the monkey camera and then they all think it's dead. Then they gather around and have a little wake for their fallen robo comrade.

The commentary makes it clear that scientists never really knew that Langur monkeys were capable of these kinds of emotions.

Also, it's super sad. As one commenter wrote on YouTube: "BBC running around the world traumatising monkeys wtf mate.﻿"