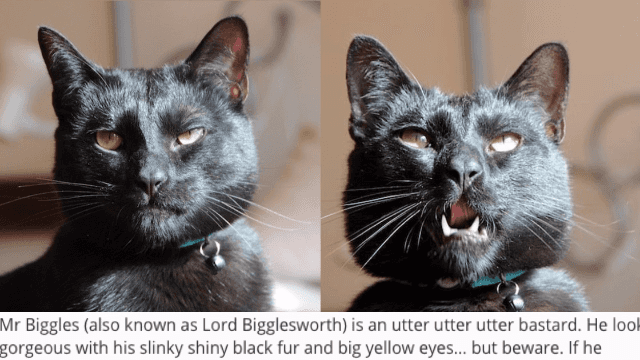 Mr. Biggles is a cat who is up for adoption at Cat People of Melbourne, an animal rescue located in Melbourne, Australia. The folks that save cats there apparently have a pretty good sense of humor. They penned an extremely honest and darkly funny adoption bio to help their friend Mr. Biggles, who they describe as an "utter bastard of a cat," get adopted.

According to The Huffington Post, the bio was written by the group's founder and coordinator, Gina Brett. In it, she describes Mr. Biggles as "an utter utter bastard" who "does not like to be thwarted."

"Mr. Biggles is a despot and a dictator, he will let you know when he's not happy, which is often because things are often just not up to his high standards," Brett wrote in the ad.