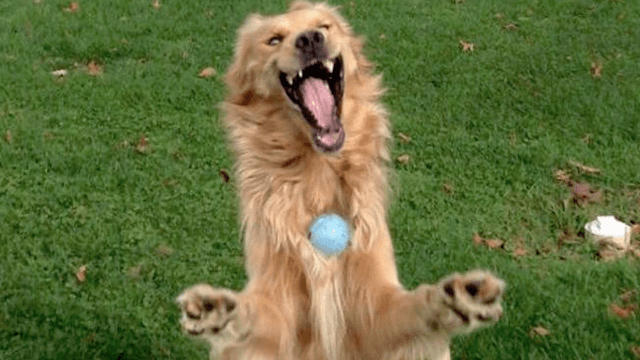 This dog can't help that someone snapped a photo of him looking like a doofus monster while he was trying to catch a ball, but he had to know when he saw the picture that he'd become the subject of a Photoshop Battle. (Didn't he see what happened to this beluga whale?)

The original photo appeared on Reddit on Tuesday. Here it is.

How could you not take that weirdo and put him into random situations? A Photoshop Battle was born.

The dog became a music superstar.

He appeared on horror movie posters.

He danced with Will Smith.