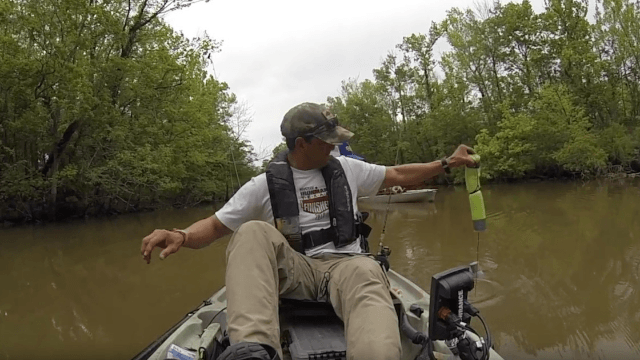 Lance Burgos was fishing with his daughter (who is behind him in the boat) at Lake Fausse Point State Park in St. Martinville, Louisiana, when he felt something big at the end of the line. He thought it might be a catfish, because catfish can be enormous, but the huge mouth full of terrifying teeth that popped up out of the water instead proved him wrong.

As soon as he realizes that there's actually an alligator at the end of the line, he yells, "Oh my god! That's a big ass gator, buddy. That is a big gator," and starts furiously paddling away.

You can't really be too surprised when something like that turns up on the end of your line when you're fishing in Louisiana. In Louisiana, alligators are everywhere—swamps, golf courses, restaurants, probably even in some hotel beds (unsubstantiated).