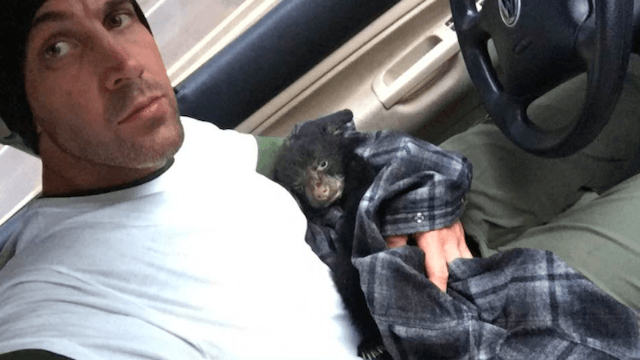 Man risks fines and jail time to rescue a dying bear cub he found while hiking.

Sure, everyone claims to love cute little baby bears—but how far would you go to save one? Would you risk fines, jail time, and getting mauled to death by a protective mama bear? Would you give the bear cub mouth-to-mouth?

I ask because photographer Corey Hancock of Salem, Oregon, did all that and more. When rain forced him to turn back during a recent hike, he was shocked to find a black bear cub lying near his path. "It was laying on its back," he told Oregon Live, "barely moving. It twisted a couple times. Its paws weren't moving. It wasn't breathing. It was dying." He watched the cub for a while to see if any other bears were nearby, but none showed up—so he wrapped it in his flannel.