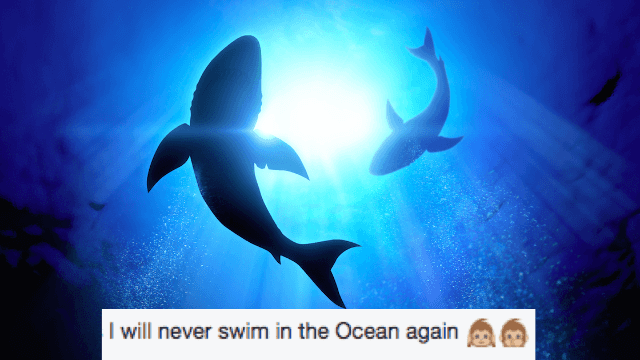 Everyone is freaking out over terrifying footage of sharks swimming feet away from beach goers.

A lot of people are freaking out and rethinking their summer plans thanks to a new viral video that shows several sharks swimming terrifyingly close to beach goers on a popular South Carolina beach.

The video was taken from the Garden City Pier, about 5 miles South of Myrtle Beach, South Carolina, which is a hot beach destination for tourists and families in the summer. Sharks are not known to be the friendliest animals. So it's no wonder people are losing their minds over this:

Cody Kinzer, who shot the footage, told WYFF that seeing sharks this close to shore was "surprising." "I've fished a lot down there so I know they are always out there and I've seen plenty but I've never seen 8-10 sharks this close behaving the way they were," he said.