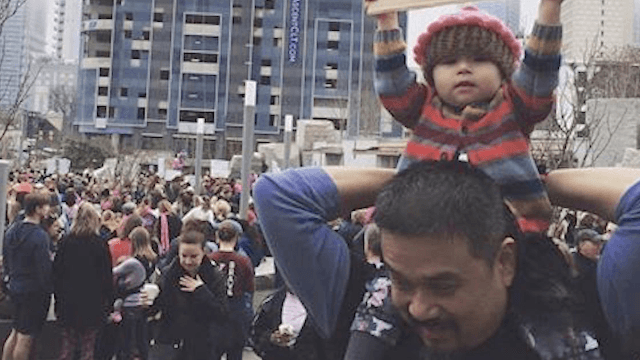 'Woke Baby' had the best sign at the Women's March.

On Saturday, at least 3.3 million people, in over 500 U.S. cities (not to mention the rest of the world) gathered together to protest President Trump in Women's Marches, perhaps the largest demonstration in the history of United States, according to Vox.

That's a hell of a lot of people, and a hell of a lot of signs, a great many of them funny, angry, and inspiring, or all three at once. But there's one sign that's really captured the feeling of the march, and it's this one from the Charlotte, North Carolina march, which has gone viral, with over 11,000 likes and 20,000 shares on Facebook.