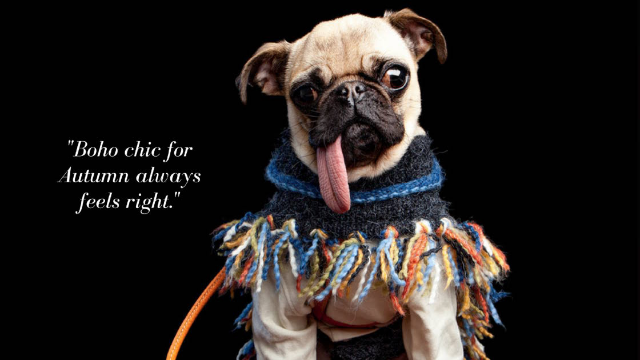 I went to a dog fashion show and rubbed shoulders with some of the hottest dogs in fashion.

While September 13 may have marked the end of New York Fashion Week, on September 14, I found myself at a very upscale fashion show in Midtown Manhattan. In a plot twist, the models at this show were not your average crop of Bellas and Kendalls. That's right: just as NYFW for humans came to a close, NYFW for dogs began.

It takes a lot to get me out of the house, but if any group of animals is going to do the job, it's a kennel of dogs in costume. So, I made my way to Columbus Circle for a doggie fashion show hosted by upscale pet store Dog & Co. Going with the NYFW tradition of out-of-the-box venues, the show took place at Turnstyle, a mall located underground in a literal New York subway station. (But like, a pretty clean subway station. For New York, at least.)

When I arrived, some of the pups were in wardrobe, psyching themselves up to strut down the runway. Other dogs were in hair and makeup, prepping for their glamour shots to be taken (don't worry, we'll get to those gems in a moment). Two larger dogs were savagely attacking each other's faces with their mouths, reminding me that wait, these were actual dogs, and not fashion models.