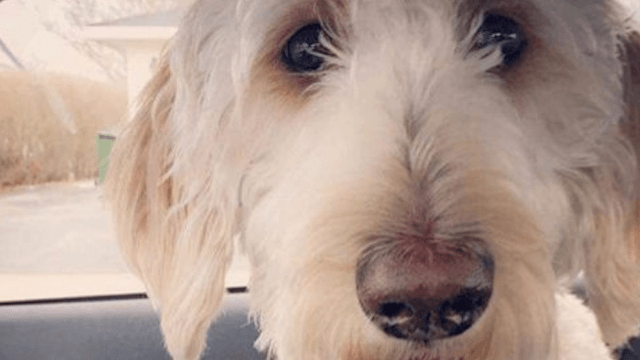 Missing dog has emotional reunion with family after airline loses him multiple times.

Finally—an airplane mishap story with a happy ending. A Labradoodle named Cooper went missing last Wednesday after first being put on the wrong plane and then escaping when a member of the airline staff took the dog out to relieve himself. But luckily he was found two days later, safe and sound.

According to The Star, Cooper was supposed to be flying WestJet to Deer Lake, Newfoundland/Labrador from Halifax so he could be taken care of while his owners, roommates Terri Pittman and Chelsea Simon, went on vacation in Jamaica. But somehow the airline screwed up and put the Labradoodle on a flight to Hamilton. Then, when the plane landed in Hamilton, Cooper managed to get off his leash during a potty break.