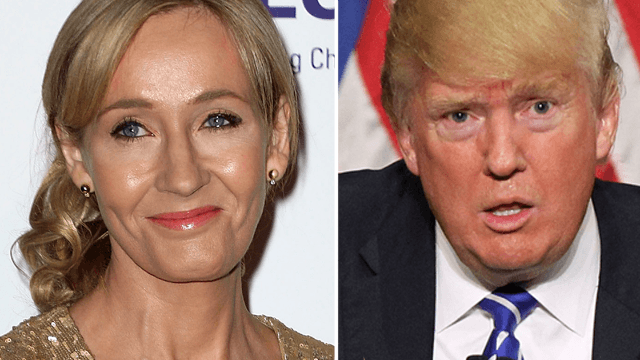 J.K. Rowling taunts Trump for his weird writing style on Twitter. It's kinda her thing.

On Tuesday night, Donald Trump tweeted a response to Hillary Clinton's latest comments about her election loss, which she blamed partly on the FBI and Russia.

...Trump/Russia story was an excuse used by the Democrats as justification for losing the election. Perhaps Trump just ran a great campaign?

We're over 100 days into Donald Trump's regime, so there's no reason to point out that the president might have had other, more important things to worry about than Hillary Clinton's comments to the press. We get it. He tweets.

J.K. Rowling, for instance, has skipped that point and gone straight to Trump's writing style. Particularly, his use of third person. She's got just a little bit of writing experience herself.

I wonder whether Trump talks to Trumpself in the third Trumperson when Trump's alone. https://t.co/8CEzVTJjBq