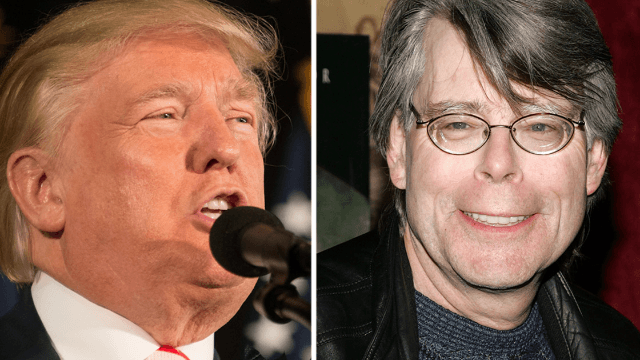 Stephen King can't think of anything scarier than Donald Trump. After tweeting about his new movie The Dark Tower, King admitted there's nothing he can write to make you jump up in fear that Donald Trump's not already doing with his famous fingers.

King's mini rant, which starts with fiction and moves to stranger-than-fiction, is fun to read if you think about it as his train of thought. First he's thinking about his story, and then realizes—wait—this is basically a romance novel compared to Trump with the nuclear button.

THE DARK TOWER trailer is here. And it's awesome.https://t.co/UEQjfkuvRZ

If the Republicans vote away health care for their big biz big daddies, remember next November.