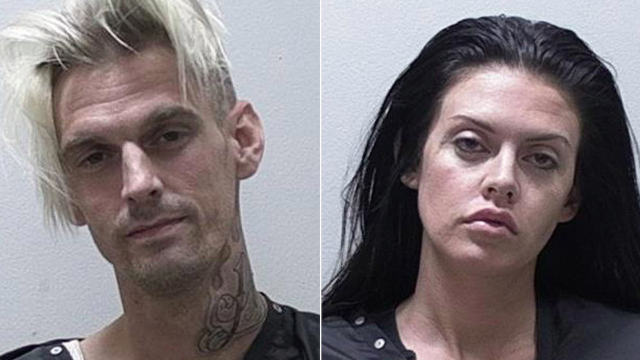 911 caller said it looked like Aaron Carter was 'on something' right before he was arrested.

Former pop star Aaron Carter was arrested on the evening on July 15 in Cornelia, GA. He was charged with DUI and possession of less than an ounce of marijuana and drug paraphernalia. TMZ has acquired the audio of a 911 call about Carter's erratic driving right before the 29-year-old pulled into an Autozone parking lot and was approached by cops.

Carter was allegedly driving like a lunatic (a drunk lunatic) all over the road, swerving and opening his door while driving , according to the unidentified caller. He told 911,

There is a Yukon in front of me, don't have a tag on it, and that sucker's been in the median, he's been all the way over to the guardrail. He's got his door open going down the road.

He then clarifies that it wasn't a Yukon, it was a Chevy Suburban. He says, "It's a Chevrolet Suburban, I'm close enough to it now I can see, I didn't want to get too close to him," adding, "Oh, and he looks like he is on something. . ." Later, just before ending the call, the man states, "Gosh, he is all over the road."