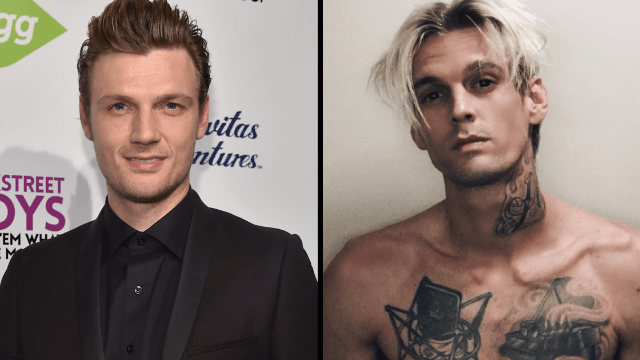 Aaron Carter and Nick Carter are feuding on Twitter. What year is it?

After being arrested on DUI and drug charges over the weekend, it is safe to say that Aaron Carter's party is over, y'all. But things definitely went from bad to worse for the former child star when he got into it with big brother/former Backstreet Boy Nick Carter on Twitter.

On Saturday night, Aaron and girlfriend Madison Parker were arrested in Habersham County, Georgia, and charged with a DUI, possession of less than one ounce of marijuana, and possession of drug-related objects.

Being the concerned big brother he is, Nick Carter reached out to his Aaron in his hour of need by...tweeting at him?