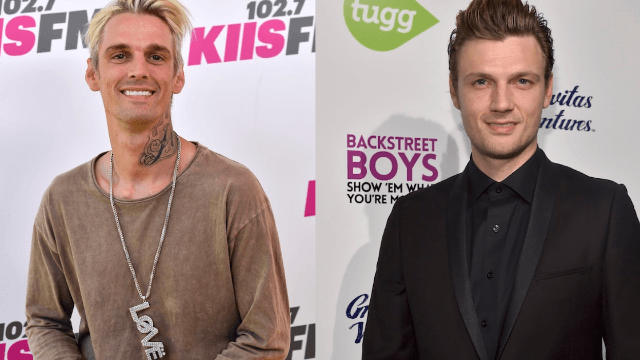 Aaron Carter and his brother Nick are still fighting in public. These two just don't stop.

Aaron Carter has had an eventful couple of months. Now, he's opening up about his strained relationship with his brother Nick Carter.

Aaron said the troubles with his Backstreet Boy brother began during their 2006 reality show, House of Carters.

"I remember watching when I did the House of Carters show with my family - I remember watching the first episode, and within the 20 minutes, I saw my brother and his best friend making fun of me and my beats," Aaron said during an interview on Elvis Duran and the Morning Show on Monday.

"'Oh, did you hear Aaron’s beat?' And they’re laughing at me," he continued, "And I’m sitting with all of my friends in the living room watching this, and I’m really embarrassed. I was like, ‘Why would you do that?’"