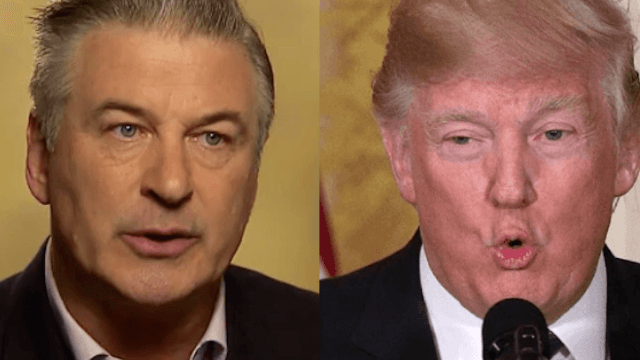 Alec Baldwin has been getting a lot of attention for his Donald Trump impersonation (and not just from Donald Trump himself). But speaking to Extra's Mario Lopez, Baldwin admits that he might not do the impersonation for much longer.

His policies aside, which you can hate, I thought he would have just relaxed. . . The maliciousness of this White House has people worried, which is why I’m not going to do it much longer, the impersonation, I don’t know how much more people can take it.

Baldwin says that Donald Trump “just overwhelmingly lacks any sportsmanship. He says Trump is "bitter and angry,” and that “you just want to look at him and go, ‘You won!’”