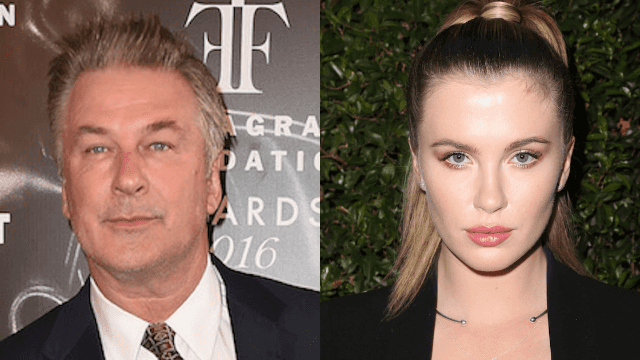 Alec Baldwin got roasted by his daughter for that time he called her a 'little pig.'

Remember that time Alec Baldwin won the Bad Dad Olympics in 2007 by calling his daughter a "rude, thoughtless, little pig" in a leaked voicemail? So do we. And, not surprisingly, so does Ireland Baldwin, the subject of that rude, thoughtless, not-so-little rant.

The 21-year-old model, who was 11 at the time of the incident, seems to have since made up with her dad. But that didn't stop her from roasting him on stage last night at Spike TV's event One Night Only, where Alec Baldwin was joined by family members and some extremely famous friends like Bill Clinton (heard of him?), Robert De Niro (sounds familiar), and his 30 Rock co-stars Jane Krakowski, Tracy Morgan and Jack McBrayer.

When taking the stage, Ireland Baldwin did not pull any punches. "I'm here to roast this big old ham I call my father," she said. "Speaking of pigs. Some of you may remember me as that thoughtless little pig you read about."