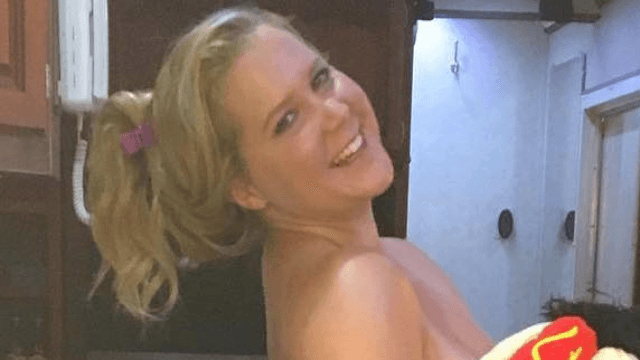 Amy Schumer shares a nude photo to help address rumors that she demanded a higher paycheck.

Amy Schumer has gone nearly-nude to make a point on several occasions in the past. TBH, the pics sort of help the point get across, because it's a reminder that she's not taking things too seriously. To clear up rumors about demanding a higher paycheck for her Netflix comedy special, the comedian utilized the nearly-nude technique again, in an Instagram post Thursday.

Earlier this week, Variety reported that when Amy Schumer's team heard that veteran comedians Chris Rock and Dave Chappelle were making $20 million per special, in comparison to Schumer's $11 million, her team "flatly" asked Netflix for more money. "She received significantly more compensation after she raised the question of fairness relative to the Rock and Chappelle deals," Variety reported, citing "a source."

Schumer took to Instagram today to clear up that rumor. "Hot dog dog," she opened the post, in reference to what appears to be a puppy wearing a hot dog costume, who is strategically blocking Schumer's chest in the photo. The only other clothing items present? A pink hair tie and a beige thong.