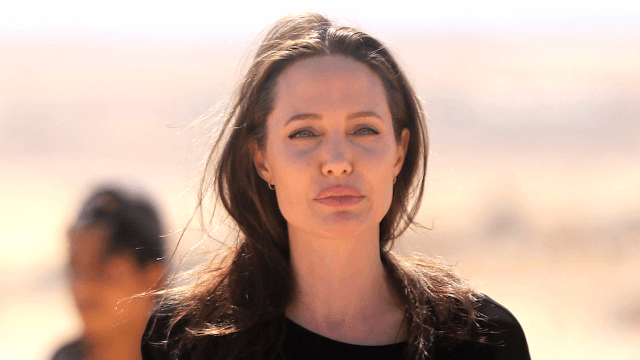 Angelina Jolie once offered herself up as bait to catch an African warlord.

Angelina Jolie is many things: actress, activist, mother of forty five children. But she almost had the chance to be a real-life spy.

People reports that documents belonging to the International Criminal Court (ICC) were leaked to French website Mediapart this week. While we normally wouldn't assume high-stakes international relations have any overlap while Hollywood, would be wrong. According to the documents, Angelina Jolie offered to trap Ugandan warlord Joseph Kony on behalf of the org.

Jolie “ha[d] the idea to invite Kony to dinner and then arrest him,” former ICC Chief Prosecutor Luis Moreno Ocampo wrote over a newly leaked email. “Forget other celebrities, she is the one,” he writes. “She loves to arrest Kony. She is ready. Probably [Brad Pitt] will go also.”

Accompanied by a team of US Special Forces, Jolie's master plan was to invite Kony to dine with her and her superstar then-husband. Since no one in their right minds would pass up that dinner invite, they would be able to secure Kony's location for just long enough to swoop in and make an arrest.