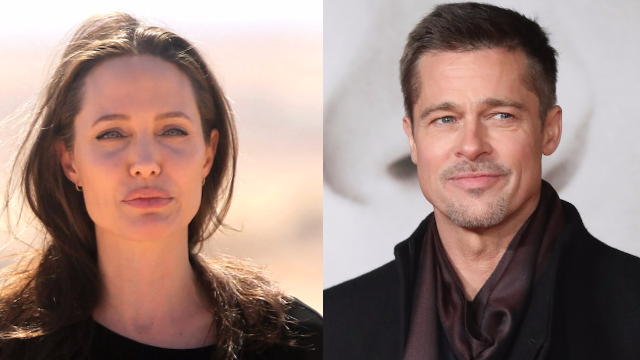 Angelina Jolie talks about being on 'lockdown' after split from Brad.

It's hard to believe, but it's been almost exactly a year since Hollywood power couple Brad Pitt and Angelina Jolie parted ways. In a new interview with People, Jolie opened up about her "difficult year," and gave an update on how she's doing post-Brad.

Though Jolie says she's gone through some rough patches over the last year, she's doing her best to stay strong for her six kids.

"I have had my ups and downs. I guess I am a little bit stronger," Jolie told People. "We all have our difficult times, but as a mother you also have a responsibility first and foremost towards the kids. They are going through their formative years and everything else comes second to that."

Jolie is currently doing press for First They Killed My Father, a movie she produced and directed for Netflix. She told People that while she does plan on taking more acting roles in the near future, her kids will remain her top priority.