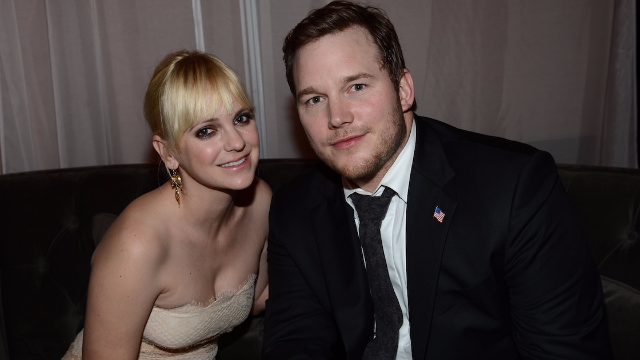 Anna Faris addresses fans for the first time since her split from Chris Pratt.

Fans have finally heard from Anna Faris for the first time since officially announcing her split from her husband Chris Pratt last week.

Faris took a moment to check in with her fans during this week's episode of her podcast, Anna Faris Is Unqualified. Though most of the episode had been pre-recorded, Faris did pop in at the beginning to address her fans in the wake of her breakup with Pratt.

"Hey, dear listeners," Faris began. "I just wanted to thank you for all the love and support I've been receiving, and I truly love you."

And that was that. It seems that Faris isn't quite ready to divulge the specifics of her and Pratt's split to the public quite yet. The couple's joint statement announcing that they were separating was pretty vague as well.

"We are sad to announce we are legally separating," Pratt and Faris wrote in the statement. "We tried hard for a long time, and we’re really disappointed. Our son has two parents who love him very much and for his sake we want to keep this situation as private as possible moving forward. We still have love for each other, will always cherish our time together and continue to have the deepest respect for one another."