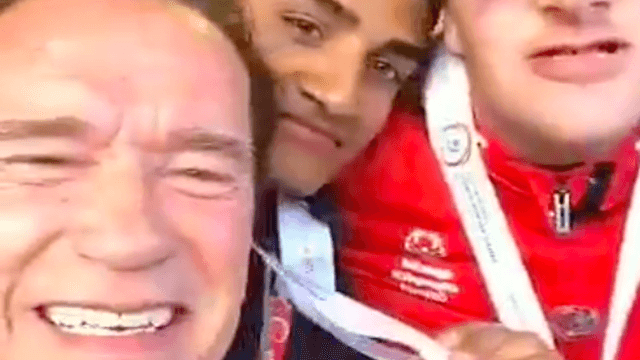 Arnold Schwarzenegger went full Terminator on a troll who mocked the Special Olympics.

Arnold Schwarzenegger is many things: a former California governor, a perpetual annoyance to President Trump, and one of the most accomplished movie stars alive. But perhaps above all, he is a big, buff dude who lives for pure sport and athleticism—which is why he's a fan of the Special Olympics.

Yesterday, Schwarzenegger was on hand for the Special Olympics World Games 2017, being held in his home country, Austria. He posted a brief video to Snapchat and Facebook with some of the winners, saying that they inspired him.

The post garnered many positive comments. But one guy wasn't having it. "The Special Olympics makes no sense," he complained. "The Olympics are for the best athletes in the entire world to compete against each other to determine who is the best. Having retards competing is doing the opposite!"