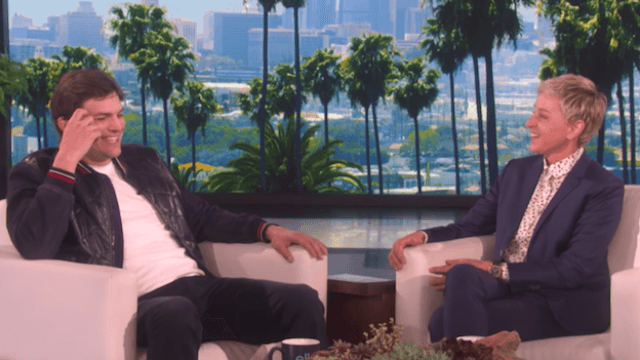 Most of the world was stunned by Donald Trump's upset victory in the November presidential election—but Mila Kunis saw it coming from a mile away.

When Kunis' husband Ashton Kutcher stopped by on Ellen, he spoke a bit about their five-month-old son, Dimitri. It seems that name came to Mila on the same day that she realized the inevitable outcome of the 2016 campaign between Trump and Hillary Clinton. "So, I think Donald Trump is going to become president, and I think our baby's name is Dimitri," Kutcher recalled a pregnant Kunis saying. He was so flabbergasted by the political prognostication, he said, that he forgot all about the name idea. Then, later on, he realized he agreed with her about the name "Dimitri." And then Donald Trump won.

The lesson? "Everything Mila said is right," Kutcher concluded.