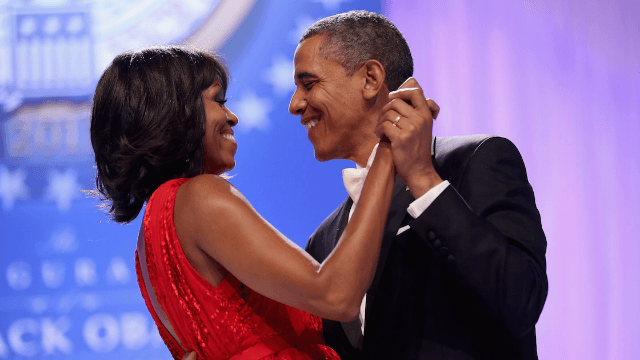 Former president Barack Obama knows the impact of a grand romantic gesture, and his surprise anniversary video for Michelle will remind you why they are still "relationship goals."

On Tuesday, Michelle Obama was speaking at the Pennsylvania Conference for Women in Philadelphia with actual television Goddess, Shonda Rhimes. During their presentation, this video message from Barack Obama appeared on the big screen, totally surprising the former first lady.

"I had to crash this party because today we have been married for 25 years," Obama said. "The idea that you would put up with me for a quarter of a century is a remarkable testament to what a saintly, wonderful, patient person you are."