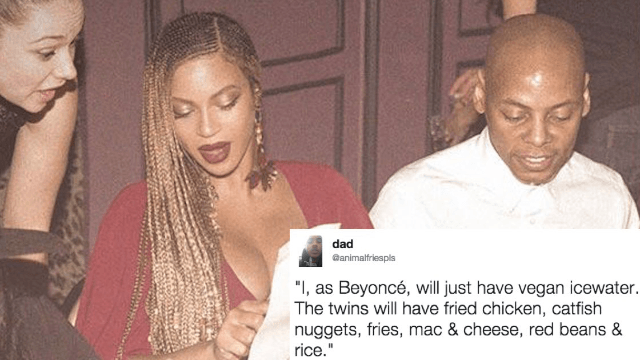 Beyoncé ordered food and served us a new meme.

Beyoncé (and the twins!) went out for dinner and ordered food, and because she's Beyoncé, her interaction ordering from a server launched a caption contest.

It was an exciting "Stars: they're just like us!" moment for the internet, who finally had something in common with the ethereal goddess Queen Bey: ordering food.

Now, we don't know which restaurant it was, but it was likely still BYO Hot Sauce.

Beyoncé's elegant pointing and speaking evoked fantasies of what it's like to order food while living the glamorous life and Twitter delivered.