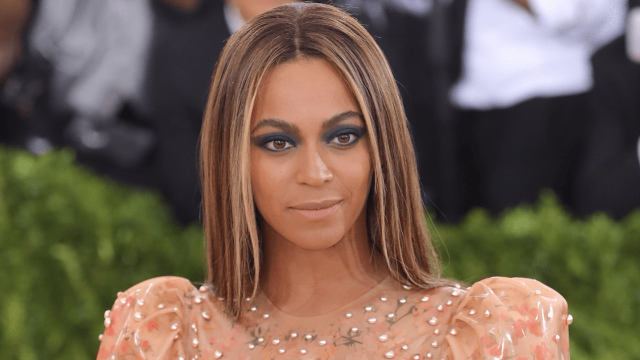 Beyoncé tweets for the first time in a year and everyone jubilantly ignores her.

As Beyoncé's fans flocked to her Twitter page to see if she responded to her husband's Friday morning cheating confession, Beyonce gifted the masses a tweet—it's her tenth tweet ever.

Mothers in Burundi want to provide clean, safe water for their children. Let's help them, together: https://t.co/zxxNOtfq2Z #BEYGOOD4BURUNDI pic.twitter.com/olLsohhvvB

"Mothers in Burundi want to provide clean, safe water for their children," wrote Beyonce, promoting Beygood 4 Burundi. That's Beyoncé's charitable project with UNICEF, which seeks to "bring safe water to the most vulnerable districts in the 'Heart of Africa.'"

But the last time Beyoncé tweeted was to promote her album, Lemonade, in freaking April 2016. So naturally, no one paid any attention to her message. They chose instead to post the exact same GIF and the exact same "OMG A TWEET" message over and over and over. Again, this is normal and to be expected.