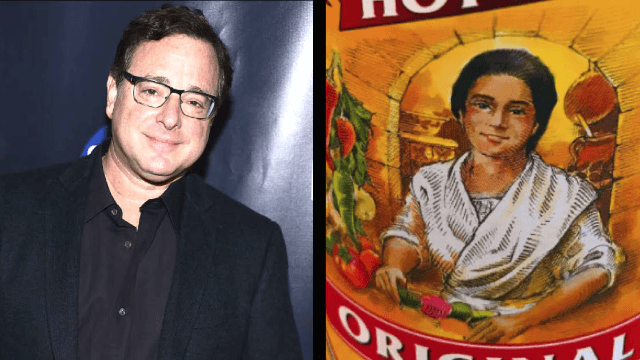 Bob Saget thinks he looks like the Cholula lady. Fans are divided.

Bob Saget sent the internet into a frenzy on Tuesday when he Instagrammed a picture of a bottle of Cholula hot sauce alongside the caption "Seriously, I do not remember posing for this."

Wait, what is Bob talking about? He looks nothing like the Cholula hot sauce— OH MY GOD.

Seriously, I do not remember posing for this.

According to Wikipedia, the woman depicted on the bottle is Camila Harrison, and she is the matriarch of the Harrison family, who owned the hot sauce company before it was bought by Jose Cuervo. Nothing was said about Harrison being Saget's long lost daughter, but we remain suspicious.

Fans were not shy about chiming in with their opinions on Bob and his doppelganger.

"Every time I'm in a restaurant, and they have cholula, i ask someone to pass the Saget!" wrote one commenter. Another added "Pass me a bottle of that Old Uncle Danny's."