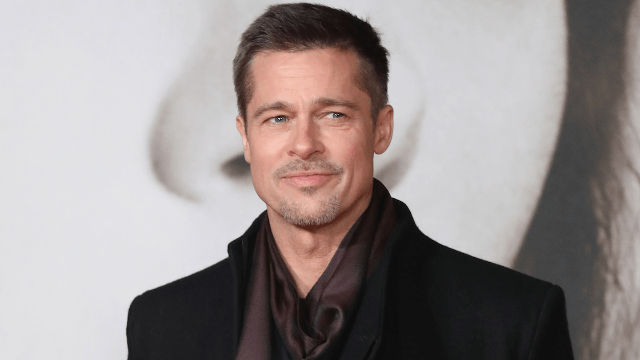 After his split from wife Angelina Jolie, Brad Pitt allegedly went to a discreet rehab center in Los Angeles, Page Six is reporting. According to the report, Pitt's "team" convinced him to get help at the center "designed for high-profile Hollywood figures."

According to Page Six's sources, the facility is in a private residence set up by a "wealthy individual" who'd had substance issues and felt compelled to help others in similar situations. The program allegedly provides "intense" group and one-on-one meetings and therapy sessions to help people recover from substance abuse.

One source said, “He has used this time for a lot of self-reflection, self-improvement.

Pitt opened up a bit about how he's been doing since the split in September in an in-depth interview with GQ. In the interview, he said that he's no longer drinking, but didn't mention treatment of any sort. He did say that he'd started therapy, though, and that he loved it.