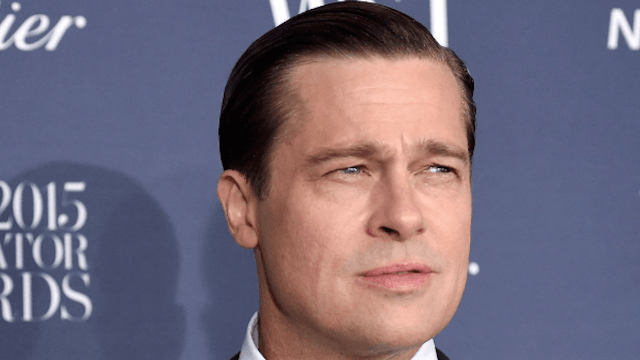 Talking to GQ from his home in the Hollywood Hills, Brad Pitt acknowledges that the past six months have been a "weird" time. In September, Angelina Jolie, his partner of 12 years and his wife for the past two, filed for divorce, amid a swirl of tabloid reports about his drinking and possible child abuse of one of their six kids.

Although he owns other properties, Pitt is now living in the house he calls his kids' "childhood home." He moved around a bit after the split, but according to GQ, even though his kids aren't living there anymore, "he's decided it's important that he is." Since he's no longer living with his family, his current best friend and roommate fills some of the void: a bulldog named Jacques. He says he's just started therapy, and he loves it (Pitt, not Jacques.)