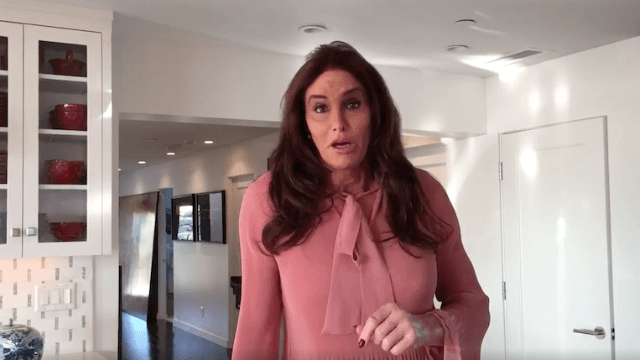 Watch Caitlyn Jenner's message of support to the trans kids of America.

On Thursday evening, Caitlyn Jenner took to Twitter to issue a message of hope and solidarity for the trans kids of America, following Trump's decision to rescind the protection of transgender students which had allowed them to use the school bathrooms in which they felt most comfortable. Jenner is both a lifelong Republican (who said she said she would "never ever" vote for Hillary Clinton) and a vocal trans woman. And while last April Trump extended Jenner the offer to "use whichever bathroom she wanted" when visiting Trump Tower (which she took him up on), his recent rulings have upset Jenner and caused her to speak out.

In the video, she first addresses the trans kids of America. "You're winning, and I know it doesn't feel like it today or every day, but you're winning," she tells them. "Very soon we will win full freedom nationwide, and it's going to be with bipartisan support." She then encourages them to speak up and let Washington know how they feel about Trump's ruling.