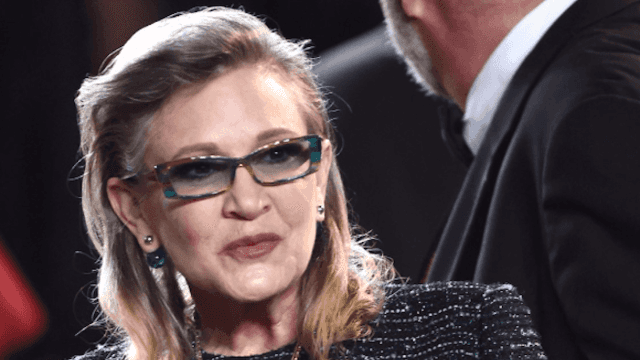 Here are the heartbreaking results of Carrie Fisher's toxicology report.

In sad news, it turns out that the late actor Carrie Fisher had heroin and cocaine in her system when she died in December. According to official documents obtained by PEOPLE from the Los Angeles County coroner's office, her toxicology report included cocaine, methadone, ethanol and opiates.

The report revealed that “The exposure to cocaine took place sometime approximately in the last 72 hours of the sample that was obtained." It also disclosed that the 60-year-old actor had "remote exposure to MDMA.”

The report stated, “Based on the available toxicological information, we cannot establish the significance of the multiple substances that were detected in Ms. Fisher’s blood and tissue, with regard to the cause of death.” Translation: Although drugs were found in her system, it's not clear if the drug use itself actually contributed to her death.