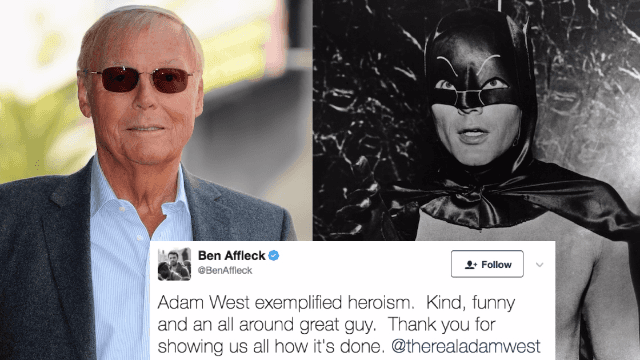 On Saturday, it was announced that Adam West, who played Bruce Wayne in the 1960s television series Batman has passed away at the age of 88 following a short battle with leukemia.

Our beloved AW passed away last night. He was the greatest. We'll miss him like crazy. We know you'll miss him too - West Family pic.twitter.com/8bkEq1C2ao

Since the news broke, many have taken to social media to express their condolences and to pay tribute to the beloved actor, including his fellow celebrities. Here's how Hollywood is reacting to the news of Adam West's death.