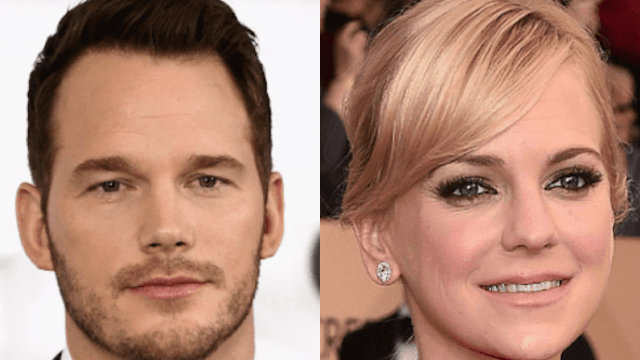 Chris Pratt and Anna Faris might be in couples' counseling, but don't get your hopes up.

As you probably already know, actors Chris Pratt and Anna Faris are getting divorced. They've been married eight years, which in Hollywood time amounts to about two and a half lifetimes. The couple is attending therapy together now, but don't get your hopes up for a reconciliation, People reports.

A source close to the couple allegedly told People, "They are going through couples counseling now, which is what you do when you want to divorce and there are children involved. It won’t likely change the status but it could help with their future coparenting.”

Couples counseling can help two people learn to communicate with each other better, which is necessary whether they're married or apart when there's a child involved, which, in this case, there is.

Faris and Pratt have a son, Jack, 5, and they probably feel that going to see a professional is a smart tactic when breaking up a marriage with kids is so difficult. When they announced their split, the couple issued a joint statement that read, in part, “Our son has two parents who love him very much and for his sake we want to keep this situation as private as possible moving forward.”

Not sure what made me more proud: when Jack insisted on holding this barracuda himself, or when he tried it raw! (Barracuda sashimi is amazing by the way) haha!! 4 year olds will try anything! Get out and fish! No better way to share God's bounty with your babies and make life long memories than fishing! Get out on the water! #fishing #fishingislife

When it comes to getting back together, the source says "Never say never," but it sounds like the pair has already tried their best to make things work. They both have occupations that take up a lot of their time and keep them apart, and on top of that, Pratt's career is blowing up right now. Just weeks before they announced their plan to divorce, Faris told People that life as part of a "power couple" was "tricky."

The source told People, “Their work separations have taken a toll, and it is not likely that the marriage can be repaired enough to work right now. But there is still love between them.” A second source added, “Chris is in demand now and will continue to be traveling all over the world, keeping them apart. That doesn’t make young marriages fare well.”

It's painful, but true.