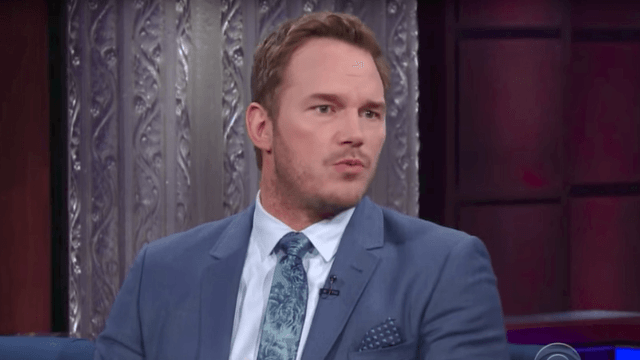 This is why Chris Pratt stopped making sexy mixtapes for Anna Faris.

Chris Pratt can be quite the charmer (just look at how he talks to this sandwich), but sometimes his flirting doesn't go quite as planned. Pratt stopped by The Late Show with Stephen Colbert on Monday, and recalled the time he tried to make a sexy mixtape for his wife, Anna Faris. Spoiler: It didn't go so great.

Pratt revealed that he had made a mixtape for his brother first, and his brother loved it. Pratt told Stephen Colbert:

I did one for my brother first, and it was an ’80s mix. It was called Guess You Had to Be There mix, and it was a bunch of songs that just worked. I knew they would conjure up the same memories and they’d be sentimental for him the way they were for me and so meaningful. I gave it to him, and he was like "Bro, I'm crying," and I was like "I’m the mixtape guy."