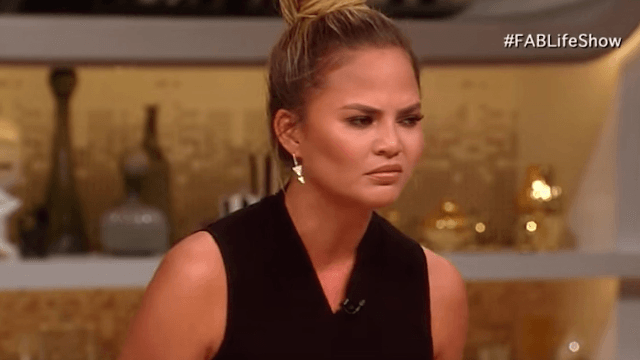 Chrissy Teigen shuts down Twitter troll who dared to shame her for IVF.

While walking the red carpet on Saturday, model Chrissy Teigen (who seemed as though she'd rather be protesting Trump's immigration ban at LAX, because that's just the kind of awesome celebrity she truly is) told Entertainment Weekly that her next child would be a boy. She knows the gender because after she and husband John Legend had their baby, Luna Simone, they still had one embryo "on ice," leading Teigen to say, "I assume it's the boy."

But being asked about her plans for kids is really not Chrissy Teigen's favorite thing. After she sent out two tweets on Monday reiterating her red carpet comments, she took a moment to burn a troll on Twitter, because that's how she rolls: