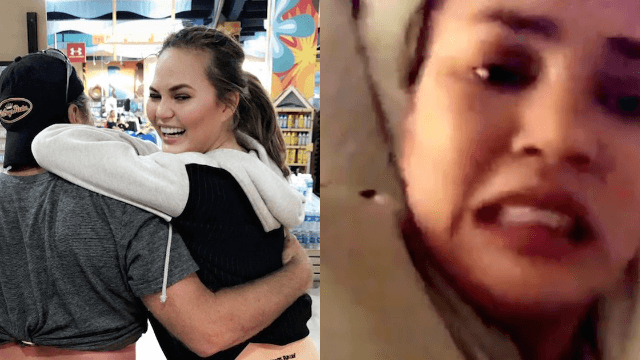 Chrissy Teigen tried to get 'revenge' on John Legend for dancing with a fan and it backfired.

John Legend and Chrissy Teigen are such an adorable and happy couple, even their fights make you jealous.

Teigen recently joined her husband on tour, and during a concert in Miami, he apparently invited a fan onstage and they danced a little closer than his wife was comfortable with, E! Online reports. So she decided to "get back at him" by getting close with one of her own fans, and she documented the whole thing on Snapchat. Goddess bless.

So whose life did supermodel Chrissy Teigen decide to change forever on a whim? This guy:

"John got to dance with a woman at his concert so Chrissy gets to take one man and hold hands with him," says the person filming the video. She then jokes, "John, don't be jealous."