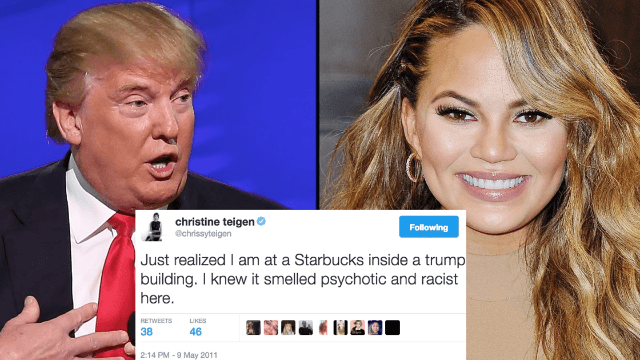 Chrissy Teigen has been trolling Trump on Twitter for the past six years.

Clap back queen Chrissy Teigen was making fun of Donald Trump on Twitter before it was cool or a necessary survival tool to keep you from going completely insane. The model has been taking aim at the businessman turned reality star turned leader of the free world since 2011, and we have the receipts to prove it.

Besides a few tweets about the Comedy Central Roast of Donald Trump (which really is a doozy, and totally worth a re-watch), this is Teigen's first of many tweets publicly dragging Trump:

But after that, she was on a roll.