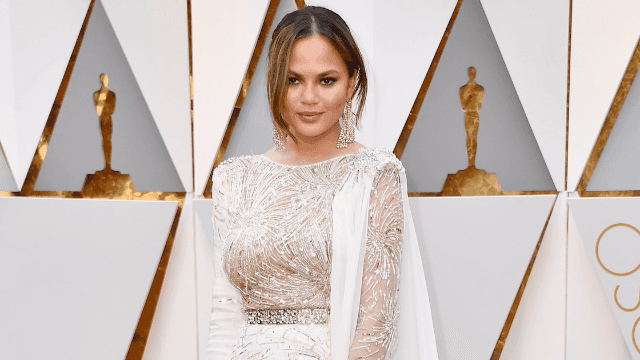 Social media queen Chrissy Teigen is not shy about sharing her feelings about our current president on Twitter. On Monday, when a video of Melania Trump swatting away Donald Trump's hand surfaced online, Teigen took a moment to tweet about how much she loved it.

Christ! Do you have ANYTHING else to do with your time? Isn't your "class" ALWAYS working your fingers to the bone like a Denny's busperson.

He seemed to imply that given her "class," she should be cleaning tables at a restaurant.

And because no one messes with Chrissy Teigen on Twitter, she clapped back at him with a perfectly crafted burn.

After looking at his profile picture, Teigen came to the conclusion that the man looked like a thumb, and she let him know it.