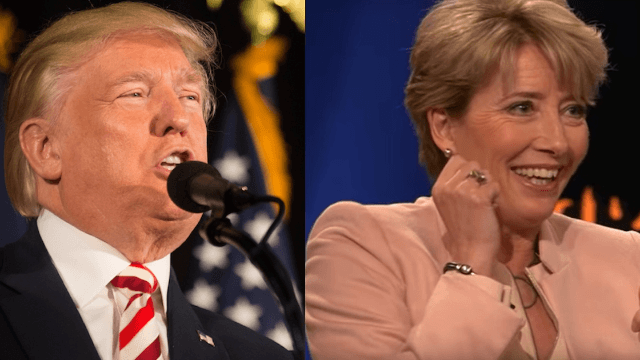 Donald Trump once asked Emma Thompson out in the weirdest way.

Here's a secret that actress Emma Thompson has been holding onto for years: She once turned Donald Trump down for a date. Probably because he asked her in the weirdest way possible.

Thompson recalled her bizarre encounter with Trump in an interview for Sweden's SVT earlier this week.

Thompson revealed that she was sitting in her trailer on a Hollywood during production of her 1998 movie, Primary Colors, when the phone rang.

Thompson said she had never met Trump before, so she was understandably a little shocked to have him calling her in her trailer.

After offering her accommodations in one of his hotels, Thompson said Trump revealed his real reason for calling.