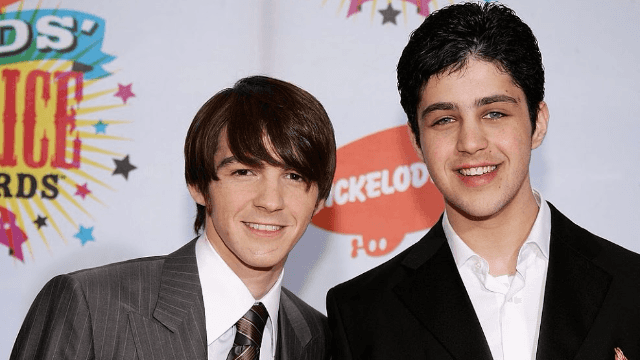 Josh Peck is getting salty about his non-friendship with Drake Bell.

When comedian Josh Peck got married this weekend, there was one noticeable face missing: Drake Bell. The stars may be forever besties in their fans' hearts, but apparently the IRL, grown-up Drake & Josh aren't quite so friendly.

After seeing the wedding photos (oh, the pains of Instagram FOMO) Bell sent a series of now-deleted tweets that dissed his costar. Now, Peck is opening up about what it's like to be Josh in a Drake-free world.

According to Teen Vogue, Peck explained what their relationship is like now on the podcast Allegedly With Theo Von and Matthew Cole Weiss. The answer? They simply have no relationship.

Peck shares that when he meets fans in public, they tend to ask him where Drake is. "I have no good answer for people – and I get it all the time, which is like, 'Where's Drake?'" says Peck.