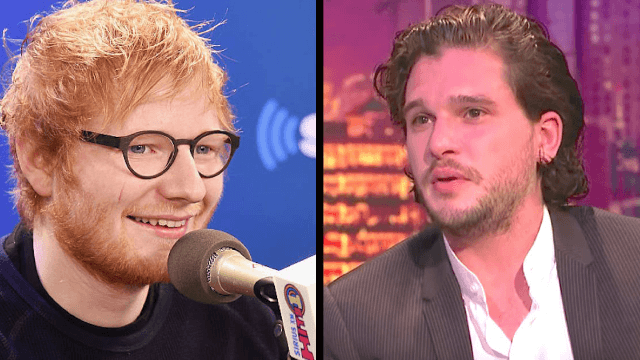 Kit Harington reveals how he and Ed Sheeran first became friends. The story is a real pisser.

It's always weirdly delightful to hear that some celebrities are friends IRL, and even more fun when you learn how the stars began their friendship in the first place. Although many celebs have met each other through working together on projects or at high-profile events, Kit Harington and Ed Sheeran's friendship blossomed in the most unlikely of places— the men's bathroom.

On Wednesday, Harington joined James Corden on a special UK edition of The Late Late Show and spoke about how he met the 'Shape of You' singer for the first time. Let's just say that the story is a real pisser.