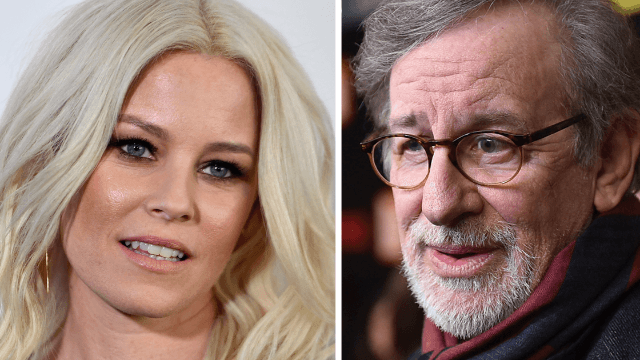 Elizabeth Banks calls out Spielberg for 'never' making a movie with a female lead. Oops.

At the Crystal & Lucy Awards on Tuesday, Elizabeth Banks accepted an award "for excellence in features" and used her acceptance speech to take a poorly-researched shot at director Steven Spielberg.

"I went to Indiana Jones and Jaws and every movie Steven Spielberg ever made, and by the way, he's never made a movie with a female lead," Banks told the audience, according to The Wrap. She continued:

At that point, an amateur fact-checker in the crowd reportedly shouted something about The Color Purple, a 1985 picture by Spielberg and starring Whoopi Goldberg and Oprah Winfrey. According to The Wrap, Banks ignored the comment and "moved on."

ELIZABETH BANKS: Steven Spielberg never made a movie with a female lead

AUDIENCE MEMBER: He made "The Color Purple"