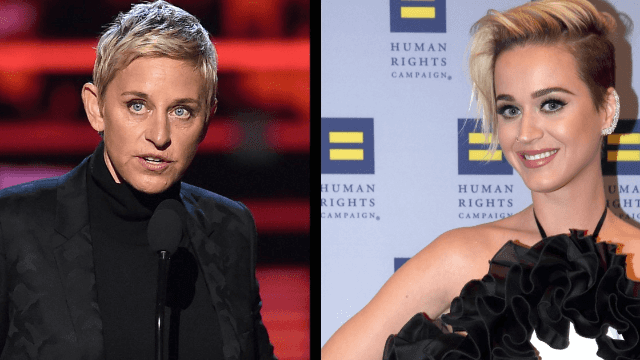 Watch Ellen forget that Katy Perry used to be married. It's awkward.

On Tuesday, Katy Perry appeared on Ellen and played a silly game called "Will You Perry Me" to raise money for The Boys and Girls Club. Prior to playing the name, Ellen and Katy had a semi-awkward exchange where the talk show host totally forgot about the singer's 2010 wedding to Russell Brand. Sure, it feels like a lifetime ago, but come on, Ellen!

"Do I have to get married... again?" exclaimed Katy Perry when Ellen announced the game. "You were not married," responded Ellen.

Uhhhhhh, yes she was, Ellen.

"Yeah, it's been a long time, honey. No wrinkles, no lines," said Perry, trying not to totally drown in the awkwardness.