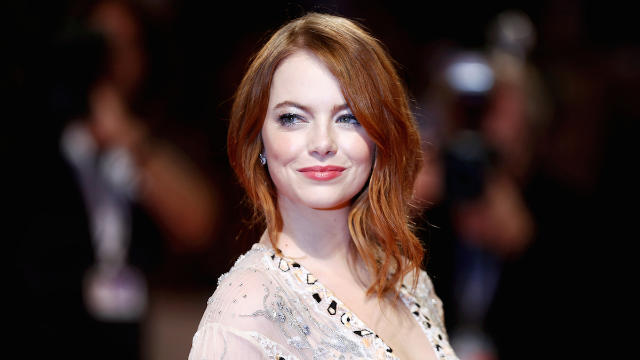 Emma Stone got called out for 'whitewashing' at the Golden Globes and responded by heckling.

Last night at the Golden Globes there were a lot of firsts, including Sandra Oh as the first Asian woman to host the show. And she took the opportunity on several occasions to hilariously and deftly call out Hollywood for micro (and macro) aggressions, including its tendency to cast white actors in roles meant for people of color. At one point, things got extremely real when Oh joked about the Blockbuster hit Crazy Rich Asians, calling it, "the first studio film with an Asian American lead since Ghost in the Shell and Aloha."

ICYMI: both of these movies feature a white actress playing an "Asian" character, Scarlett Johansson in Ghost in the Shell and Stone in Aloha.