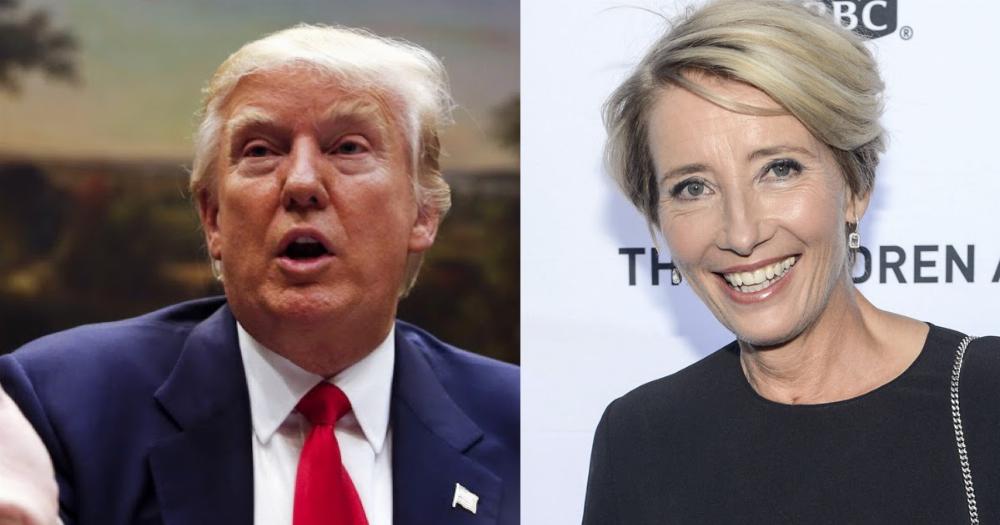 Emma Thompson wants another shot at her date with Donald Trump.

Aside from his three wives that we know about, Donald Trump has allegedly been dating for decades. He once pursued Salma Hayek, and last year, we found out that he asked Emma Thompson for a date. Now, Thompson is revealing that she wishes she took him up on his offer.

The story starts back in 1997, when Thompson was filming her movie Primary Colors: "In those old days, no one had called my trailer phone ever in my whole life. So I picked it up and he said, 'Hi' It was Donald Trump," she said, according to Marie Claire.

"I am going, “Who is this?” Because at that time, all I knew him for was his tasteless buildings," she said. Of course, Trump immediately brought his buildings up in his attempt to sweep Thompson off her feet.

"He said, 'I want to offer you accommodations in one of my beautiful establishments and maybe we could have dinner sometime.' And I thought, 'You’re ringing my trailer to offer me accommodations and dinner?! You’re weird!'" Thompson says she got off the phone right away, laughed about it with her colleagues at the time, and never thought about it again.