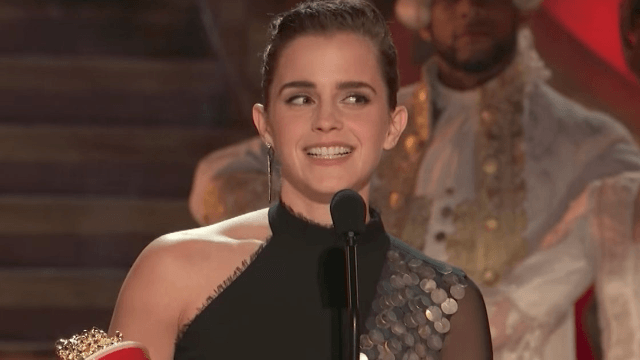 This was the first year the awards ceremony went completely gender neutral, and they did so in an effort to include more people and infuriate more internet trolls. Trolls like noted buzzkill Piers Morgan, who predictably asked:

“Should we ban the word man from life itself? Should nothing anymore be male or female?

As far as the trolls go, Emma Watson had a message for them—and anyone who doesn't see the positives in genderless awards.

"MTV's move to create a genderless award for acting will mean something different to everyone," said Watson, who probably knew they would mean the end of the world to people like Piers Morgan. "But to me, it indicates that acting is about the ability to put yourself in someone else's shoes and that doesn't need to be separated into two different categories."