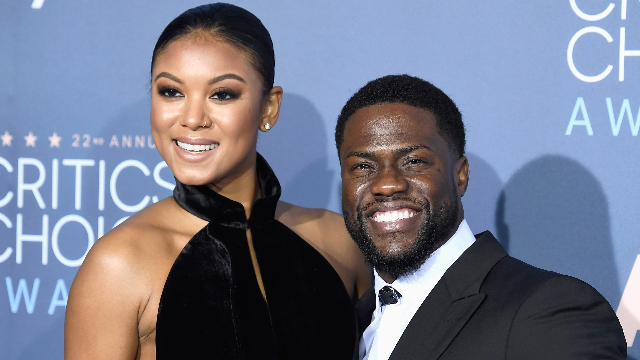 Kevin Hart's wife reportedly forgives him for cheating after that bizarre Instagram apology.

The actor has been in the news lately for cheating on his wife Eniko Parrish. As reported by E! News, Parrish has accepted Hart's apology, and the couple has decided to stay together. Hart and Parrish got married in 2016, and Parrish is currently about eight months pregnant with the couple's first child.

"Eniko is aware of what's going on and that Kevin is not perfect," an "insider" reportedly told E! News. "She has accepted his apology and is focused on her pregnancy and what's to come. She has no plans for divorce. She believes Kevin is a good husband and always comes home to her."

While an insider could very well be the reporter who wrote that article making up some fake quotes, there is other evidence that the couple has reconciled. E! News and other outlets shared photos of Parrish and Hart going out to lunch together in Los Angeles this week. On their way to their car after lunch, Hart told a TMZ reporter with a video camera (who was accosting the couple and honestly, can't you just leave them alone, dude?) that it was a "family moment."

Here's hoping Kevin Hart tries to make up for being a bad boy by taking good care of their baby and by treating Eniko Parrish like the queen she is.