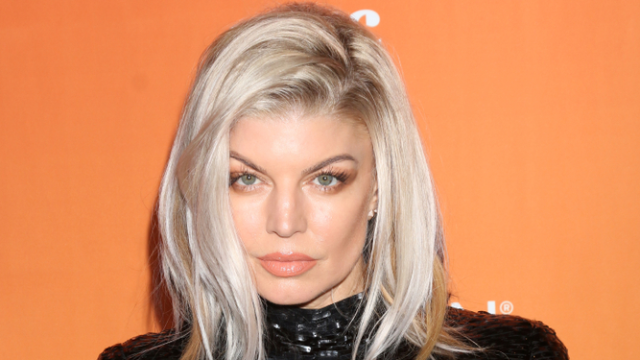 The great beauty of the Internet is that nothing ever dies on it. A 2006 clip of Fergie discussing Quentin Tarantino has resurfaced in light of Uma Thurman's recent allegations against Quentin Tarantino regarding a car accident on the set of Kill Bill. Tarantino has since called the incident "one of my most horrendous mistakes."

Anyway, back to Fergalicious. Jezebel dug up footage of her on a Grindhouse double feature DVD that included Tarantino's Death Proof and Robert Rodriguez's Planet Terror. In the 2006 clip, Fergie discussed how Tarantino went method on the shoot for Planet Terror, which he co-produced. Tarantino was standing in for a zombie character. “As I was filming the scene where the zombies attack me, Quentin really got into it. I think he had a lot of fun with that,” she says. As Jezebel points out, in the clip showing the bite Fergie can be heard laughing and saying “Fucker, get off me.”