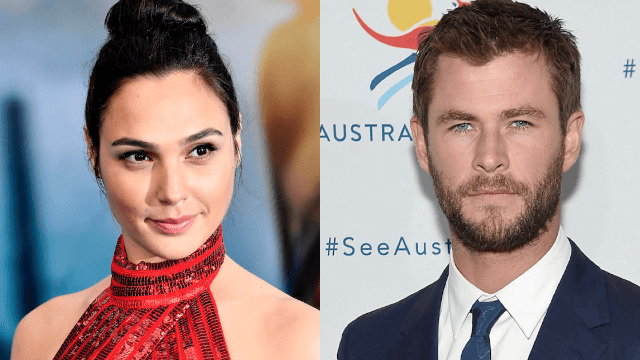 Wonder Woman and Thor are flirting on Twitter about who would win in a fight.

Wonder Woman set off a waterfall of male tears when a movie theater hosted a few all-female screenings last week, and that's not the only reason we love it. The movie, based on the popular DC comic, CRUSHED at the box office this past weekend, wracking up $100.5 million dollars in its opening weekend, People reports. Take that, the patriarchy!

One of the most impressive things about the movie, in addition to its box office numbers, is the range of powers employed on-screen by its leading lady woman, played by Gal Gadot. She's such a bad ass that even superheroes from rival comic book universes are in awe.

Apparently Gadot agrees. She then challenged Hemsworth to weigh in.