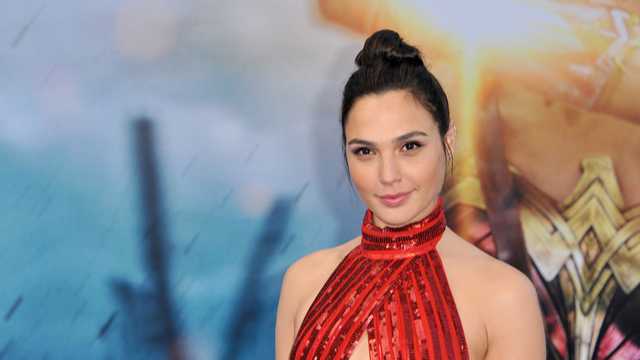 While we don’t often hear much about Yaron, Gal does post adorable pics of her husband on Instagram and they’re clearly a power couple.

Happy #ValentinesDay to you all @jaronvarsano everyday with you is valentine’s day. Love you to the stars and back ❤️

A photo of the two landed on imgur and caught a lot of Wonder Woman fans’ eyes...because it's all pretty epic, if you're paying attention.

In the pic, Yaron stands beside his wife, who is seated, as he points to Gal. Gal is pointing up, but look closely at her husband’s shirt. It shows the universal woman symbol with the caption “Your Wife," with a silhouette of Wonder Woman, with the caption “My Wife” beside it.