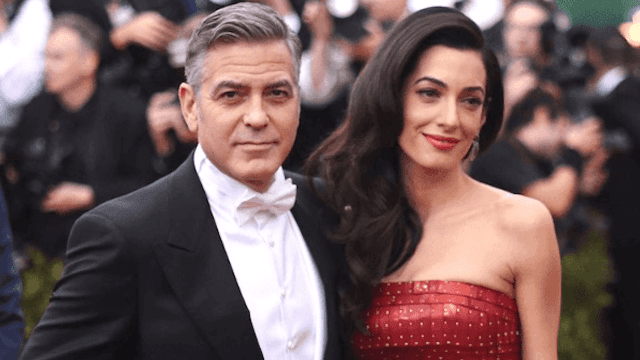 George Clooney and Amal Clooney welcomed their twins and George already made a dad joke.

Amal Clooney, prominent human rights lawyer married to George Clooney, has given birth to twins, and their names are surprisingly normal.

The Clooneys welcomed to the world Ella and Alexander on Tuesday, and those names are so common and refined, it's almost as if they don't have famous parents.

Being celebrities, Amal and George had the responsibility to be among their peers and name their kids things like Blue Ivy, Saint, or Reality Winner.

George is settling into his big new role very well, and has already cracked a dad joke in his first statement as father.

Statement just in from George Clooney's publicist: He and Amal are now parents to twins pic.twitter.com/b2OeIDkX5E

"George is sedated and should recover in a few days."